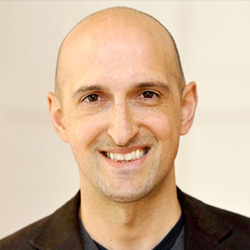 Matthew Syed is a columnist for The Times, and the author of two acclaimed books on the science of high performance. Bounce, published in 2010, has been described as “one of the most intelligent and thought-provoking books about sport ever written” and Black Box Thinking, published in 2015, is a UK bestseller, and has been translated into multiple languages.

Before becoming a writer, Syed was the England table tennis number one for almost a decade, three-times Commonwealth Champion, and twice competed for Great Britain in the Olympic Games (in Barcelona in 1992 and Sydney in 2000). His style was usually defensive, playing strokes from the back of the court.

His BBC film, China and Table Tennis, won bronze medal at the Olympic Golden Rings ceremony in Lausanne. He was also one of the co-founders of Greenhouse, a charity which “empowers youngsters through sport” and which supports more than 10,000 young people on 31 full-time school programmes.

Matthew received some of the best feedback and praise out of any of our speakers for Experience Analytics. In particular, clients appreciated his ability to tell meaningful stories that illustrated the cultural barriers to change. As a result, it was clear that he connected with the audience.
– Deloitte