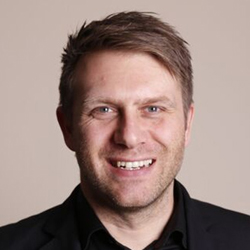 Bergman is strategic advisor to European Commissioner Carlos Moedas and the European Innovation Council, working on a new innovation strategy for Europe. He is also Scandinavian representative of the TechCast Technology Think Tank in Washington and member of both the World Future Society and the Long Now Foundation.

In 2016 Bergman published a book on how to deal with new technologies from a business perspective: Surviving the Tech Storm - Strategy in Times of Technological Uncertainty. With the conviction that technology is probably the strongest driver of change today, it’s obvious that anyone in a management position, or aspirations to eventually be in that position, must understand how technology is changing business from the ground up.

Bergman is also part of Nordic Ways, the 2016 project at the SAIS Center for Transatlantic Relations at Johns Hopkins University in Washington D.C., USA. The final result is a compilation of essays on how Denmark, Finland, Iceland, Norway and Sweden are facing economic and social challenges through what has been known as the “Nordic Model”. Authored by people from the Nordic countries with backgrounds in politics, academia, design, arts, business, technology, and civil society, the book was released in the US in October 2016.

Bergman is co-founder and investor in several companies including the Volvo trucks and buses distribution network in Romania, that grew into a E300 million business and was acquired by Volvo in 2006, and an electron microscopy company with a unique patented technology for movement and interaction on the atomic scale. With close to 150 high-profile customers in more than 30 countries world-wide, the technology was acquired by FEI in 2013.