R Gopalakrishnan is a non-executive director of Tata Group Parent, Tata Sons, and several Tata companies. He also serves as an independent director of listed companies, Akzo Nobel India and Castrol India, as well as a Sri Lankan listed company, Hemas. He retired from executive positions in Tata in 2011.

Gopal has been a professional manager from 1967---31 years in Unilever and 16 years in Tata. Over the last twenty five years, he has served in Jeddah as chairman of Unilever Arabia, in Bangalore as managing director of Brooke Bond Lipton, and as vice chairman of Hindustan Lever, and in Mumbai as Executive Director of Tata Sons Ltd.

As President of Mindworks, Gopal advises companies, mentors leaders, writes thought pieces and is actively engaged in both instructional and inspirational speaking. He is a past president of the All India Management Association. He has delivered guest lectures in India and abroad. He has taught an unusual course titled ‘LWNT-Learning What’s Not Taught’ at B-schools. He has written about 200,000 words through papers and articles in newspapers and journals. He has authored best-selling books, some being been translated into Chinese, Hindi and Tamil. 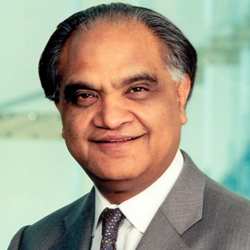