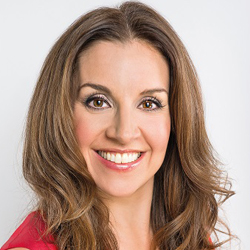 Sarah Willingham was born on 21st December 1973. She grew up in Stoke on Trent and was fascinated by business and food from an early age.

She was particularly interested in brands and recalls, ‘I was intrigued by how brands become household names, although I didn’t know it as ‘branding and marketing’ then. I would just be amazed at how all my friends had the same things in their fridge, the same toys and games and the same clothes.’ She started working at the age of 11 with a paper round. Realising that 5 hours work for £1.71 wasn’t the best way to earn she started working in the restaurant industry at the age of 13 and loved it from day one.

The restaurant bug never left Sarah and she ultimately managed to combine her passion for business, food and drink into a multi-million pound business empire.

After leaving school Sarah went on to pursue her interest by earning two business degrees in the UK and France. She went onto work with some of the most successful high street chains; Planet Hollywood and PizzaExpress.

In 2003, Sarah spotted an opportunity to create a chain of Indian restaurants, but her business plan was rejected by fellow PizzaExpress executives. Undeterred, Sarah struck out on her own and raised finance to buy The Bombay Bicycle Club. She went on to turn it into the largest and most successful Indian restaurant chain in the UK, realising her skill for spotting an original and exciting new business concept and helping it grow rapidly.

In the same year, at the age of 31, Sarah successfully co-founded and floated a nutraceutical business on the London Stock Exchange, Neutrahealth PLC.

Realising that running her business, 1500 staff and an ever growing family was going to upset the balance at home, In 2007, Sarah decided to sell her shares in the Bombay Bicycle Club and Clapham House Group plc. She soon began to look for new business opportunities to invest in where she could balance her passion for business whilst growing her family. She says, ‘I always knew I wanted to have a big family, but had to think of a way to combine bringing up children without giving up my other great love – business. I realised early on that I didn’t want to travel the world living out of a suitcase working for others – I decided to shape a career for myself where I called the shots. Where no one else told me where I had to be on a Monday morning and a Friday afternoon’“

Sarah appeared alongside Raymond Blanc as a judge and investor on the popular BBC2 series The Restaurant from 2006-8. The show ran for three series and Sarah’s no-nonsense approach proved popular with viewers. Sarah co-founded and invested in The London Cocktail Club and Craft Cocktail Company with the winners of series 3. She has helped grow these two concepts into fast growing, award winning businesses.

Sarah is as passionate about her home life and being a smart consumer as she is about her businesses and providing the best customer service. She applies her innate business savvy at home and is regularly asked to share her consumer expertise on TV and in the press, becoming one of the best-known female consumer champion in the UK. She fronts the website Letssavemoney.com which helps hundreds of thousands of people manage their home finances.