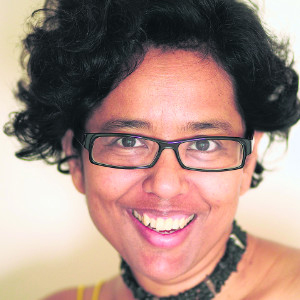 Spaceship designer; Co-founder and CEO of EARTH2ORBIT, India’s first private space start-up that played a pivotal role in opening up the US launch market for India.

Dr Susmita Mohanty is a spaceship designer and entrepreneur extraordinaire. She is the only entrepreneur in the world who has founded space companies on 3 different continents. She is the co-founder and CEO of EARTH2ORBIT, India’s first private space start-up that played a pivotal role in opening up the US launch market for India. She has co-founded and led two other companies, MOONFRONT, a boutique space consulting firm in San Francisco [2001-2007] and LIQUIFER, a trans-disciplinary space architecture firm in Vienna [2004-ongoing]. Before turning entrepreneur, Dr Mohanty worked for the International Space Station programme at Boeing in California and on Shuttle-Mir missions at NASA Johnson in Houston. Educated in India, France, and Sweden, Dr Mohanty holds multiple degrees including a PhD.

In 2017, Susmita Mohanty was featured on the cover of Fortune Magazine. In 2012, she was voted into Financial Times’ list of “25 Indians to Watch”. In 2005, Dr Mohantywas honoured on Capitol Hill in Washington DC with the International Achievement Award. In 2016, Dr Mohanty was nominated to the World Economic Forum (WEF) Global Future Council for Space Technologies. In 2019, she was nominated to the Senate of the National Institute of Design (NID), India’s premier institution for design education.

Dr Mohanty has also been a political appointee. At the invitation of the Chief Minister of Odisha (India), she served as the Chairperson of ‘Mo School’ in the rank of a Minister of State. Mo School is a government initiative to rejuvenate the ecosystem of over 65000 government schools leveraging alumni philanthropy and engagement. During her tenure, Mo School created history in the world of alumni philanthropy in India by raising nearly US$ 4.25 Million in just ten months.

Dr Susmita Mohanty is an ardent traveller and explorer. She is probably the only person in the world to have visited the Arctic and Antarctica, on invitation. She hopes that someday, she can take long sorties on the Moon. Maureen Gaffney
Renowned psychologist, writer and broadcaster, expert in the science and art of peak performance