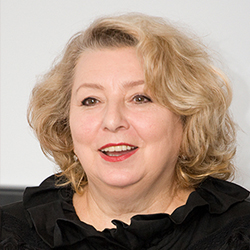 In her youth, Tarasova was a world-class pair skater, competing with Aleksandr Tikhomirov and Georgi Proskurin. With Proskurin, she was a two-time Soviet national medallist, achieved 7th at the 1965 World Championships, and 4th at the 1966 European Championships. However, at 18 years of age, she sustained a career-ending injury.

In 1993 Tarasova and Elena Chaikovskaya created the All Stars ice theatre, an ice ballet. For 14 years, the Ice Theatre toured many countries of the world and Tarasova worked as a coach, ballet master and director. She then coached for 10 years at Simsbury, Conneticut's International Skating Center, before announcing her retirement from full-time coaching and moving back to Russia in 2006.

She is an Honoured Coach of the U.S.S.R. (1975), and has received numerous national awards including, two Orders of the Red Banner of Labour, the Order of Friendship of Peoples (1984), Award of Honour (1976), Special Award of the Russian Federation (1998), and Order of Honour (2007). In March 2008, she was inducted into the World Figure Skating Hall of Fame.