Yancey Strickler is the former CEO and original co-founder of Kickstarter, the world’s largest crowd-funding platform for creators and their works: a thriving community for art, technology, and new consumer products. It’s a sterling model for entrepreneurs and companies looking to build businesses that marry a social conscience with tremendous financial success. It’s also an example of seeing competitors not as existential threats, but as like-minded groups sharing the same creative space. Strickler walked the walk with Kickstarter, helping creatives raise more than $4 billion in funding for their projects—among them Cards Against Humanity, Oculus Rift, multiple Oscar-winning films, projects by Spike Lee, Neil Young, Marina Abramović, and thousands of albums, books, comics, artworks, gadgets, plays, and restaurants. In 2015, Kickstarter became a Public Benefit Corporation, choosing to focus the company’s mission, as the New York Times wrote, on “altruism over profit.” A Wharton study that year found that Kickstarter projects had created more than 300,000 full- and part-time jobs.

With his new book This Could Be Our Future: A Manifesto for a More Generous World, Strickler investigates how the pursuit of wealth has produced innovation and prosperity along with an implicit belief that the right choice in every decision is whichever option makes the most money. This belief in financial maximization has produced dire consequences: environmental collapse, corruption, inequality, and a growing dissatisfaction around the world. As Strickler shares with audiences, the answer isn’t to get rid of money; it’s to expand our concept of value. By assigning rational value to other values besides money–things like community, purpose, and sustainability–we can refocus our energies to build a society that’s generous, fair, and ready for the future. In recalibrating our definition of value, a world of scarcity can become a world of abundance.

Strickler has been named one of Fast Company’s Most Creative People, and listed among Vanity Fair’s New Establishment and Fortune’s 40 Under 40. Since stepping down from his role at Kickstarter, Strickler has become a sought-after business speaker, sharing his optimistic vision with entrepreneurs, universities, associations, and not-for-profits who want to embrace a new model of success. He serves on the board of New Inc., the New Museum’s incubator for art, design, and technology. He co-founded The Creative Independent, an online publication featuring essays by and interviews with artists, and has also received a Tribeca Disruptive Innovation Award from the Tribeca Film Festival. Prior to Kickstarter, he worked as Editor-in-Chief of eMusic, and wrote for Pitchfork, among other publications. This Could Be Our Future will be released in Fall of 2019 by Viking. 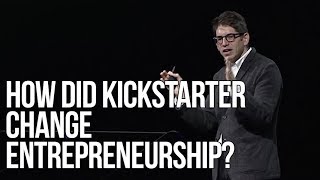 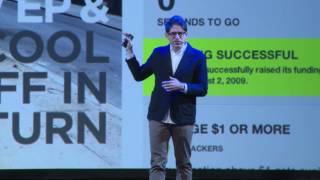