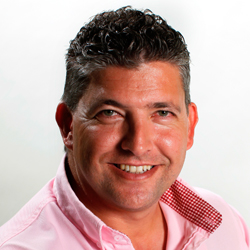 Allon Raiz is regarded both locally in South Africa and globally as a pioneer and maverick in the business incubation industry. He is the founder and CEO of Raizcorp, the only privately held, unfunded, profitable business incubator on the African continent, currently supporting in excess of 500 businesses.

He is the co-founder of the Entrepreneurs’ Organisation South Africa and Rural Roots, and sits on the advisory and judging boards of numerous local and international NGOs and entrepreneurial awards. Raiz’s passion and focus on the development of entrepreneurs attracted the attention of the World Economic Forum (WEF) which, on 11 March 2008, awarded Raiz as a Young Global Leader.

As an accomplished international speaker, Raiz was invited to speak at the 2011 WEF Annual Meeting, held in Davos, Switzerland. In 2011, he was also invited to become a member of the WEF’s Global Agenda Council on Fostering Entrepreneurship, making him one of 15 recognised global experts in this field.

In 2013, Raiz received the Entrepreneur of the Year Award at the Oliver Transformation and Empowerment Awards. The following year, he was recognised as the country winner, regional winner and continental winner of the Titan Award for Building Nations.

In 2015, he received an invitation from the White House, on behalf of President Barack Obama, to speak at the Global Entrepreneurship Summit, held in Kenya.