Benedict Allen, “television’s most fearless man” was the first to bring authentic adventure to television, famously recording his pioneering expeditions without a camera-crew and often in very real and constant danger.

Uniquely, Benedict does not use a GPS, satellite phone, maps or compasses and survives alone through applying the skills he has learnt from indigenous people. He skillfully translates his experience into the corporate world – sharing his knowledge of survival against the odds (he has been shot at, had to stitch up his own wounds, left to die and even had to eat his dog to survive) but also how to integrate with alien cultures, manage risk, and navigate through all manner of hostile terrain.

Whether it was his initiation into a tribe to become “a man as strong as a crocodile” by being beaten for six weeks and permanently scarred on his chest and back or becoming the first person to cross the 5400 km Amazon Basin or taking a dog team across Siberia in the worst winter in living memory, Benedict’s expeditions involve total commitment and resourcefulness in natural but hostile surroundings. His exceptionally motivating speeches entertain, inspire and help others to understand the most successful strategies to deploy in highly competitive environments.

His six major television series for the BBC include: “Skeleton Coast”, “Edge of Blue Heaven” and “Ice Dogs”, also presenting “Travellers’ Century” and the huge History Channel series “Expedition Africa” and Channel 5 series “Unbreakable”. He has published ten books, the latest of which are “Into the Abyss” (2006) and “The Faber Book of Exploration” (2002). 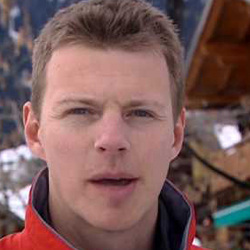