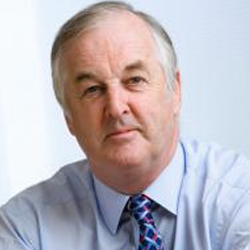 As Chairman, Sir Christopher Bland has been responsible for the transformation of two of the UK's best-known organizations, BT and the BBC.

Having joined BT in 2001, Sir Christopher transformed the organization by increasing revenues from their new wave services - such as broadband and networked IT services - at the same time as defending their traditional businesses. When he started at BT, the company was in danger of collapse due to debt of nearly £30 billion. The turnaround has been a remarkable one.

Prior to BT, Sir Christopher was Chairman of the BBC Board of Governors for 5 years. At the BBC, Sir Christopher led the negotiations, which secured the future funding of the BBC through the license fee. During his tenure, the BBC also launched new digital television services including BBC Choice and BBC News 24, and created BBC Online, Europe's largest content website.

He has extensive media experience, both of the industry and as a regulator. He was Deputy Chairman of the Independent Broadcasting Authority from 1972 to 1979 and Chairman of its Complaints Review Board during the same period. In 1982 he became a non-executive director of LWT plc and Chairman in 1983, a post which he held until 1994. At LWT, Sir Christopher presided over a revival of fortunes, turning it into one of ITV's most profitable companies - and leading to its takeover by Granada in one of the first moves to consolidate the industry.

He has a keen interest in health issues. He was Chairman of the Hammersmith and Queen Charlotte's Hospitals Special Health Authority from 1982 to 1994 and of Hammersmith Hospitals NHS Trust from 1994 to February 1997. He was knighted for his work in the NHS in 1993. He was Chairman of the Private Finance Panel from 1995 to 1996 and a member of the Prime Minister's Advisory Panel on the Citizen's Charter.

Sir Christopher became Chairman of the Royal Shakespeare Company in 2004 and is the Chairman and the major shareholder in Leith's School of Food & Wine and Canongate Books. He is a Senior Adviser to Warburg Pincus. He is a former member of the Minister's Advisory Panel on the Citizen's Charter and Chaired the Private Finance Panel.