Rolf Eckrodt held senior positions at Daimler-Chrysler, one of the most respected global automotive manufacturers, for more than 20 years. He had joined Mercedez-Benz in 1966 and had been known for his track record in turnarounds. As an example, as President of Mercedez-Benz Brazil in 1992-96, he carried out a complete restructuring of the troubled company.

His last post was President and CEO of Mitsubishi Motors, in which Daimler then had a stake.

Business Week magazine commented on his appointment at Mitsubishi, He worked wonders in the 1980s at Mercedes-Benz, where he pushed aggressive salesmanship instead of relying solely on great engineering to sell cars. At loss-making Benz do Brasil, he strengthened supplier partnerships, introduced global sourcing, and trimmed the payroll by 3,000, or 15%, his first year. At Daimler-Chrysler's struggling Adtranz railroad unit, Eckrodt tracked individual and project performance on a monthly basis Eckrodt brings that "war room" concept to Mitsubishi as well-and even impressing some senior execs in the Mitsubishi group.

Some of Rolf Eckrodt's career highlights include: 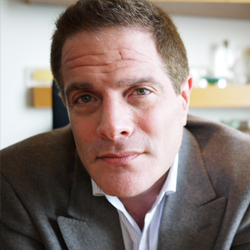