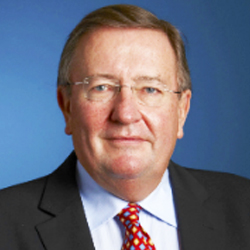 Sir David Reid is Chairman of Intertek Group plc, a global quality and safety services group that is listed on the London Stock Exchange in the FTSE 100, Support Services sector and has a network of over 35,000 employees in 100 countries. Intertek is the leading quality solutions provider to industries worldwide. It helps many of the world's most well known brands and companies to develop the quality, safety, performance, environmental and social impact of their products, processes and assets. He was appointed to the Board in December 2011 and became Chairman in January 2012.

Sir David retired as Non-Executive Chairman of Tesco PLC in November 2011 after serving in that role since April 2004. Prior to that, he had served as an Executive on the Tesco Board since 1985.

In February 2012 he was appointed a member of the Global Senior Advisory Board of Jefferies International a global securities and investment banking group.In 2008 he was appointed Chairman of the charity Whizz-Kidz which provides mobility equipment for disabled children. He is also a Patron of Restless Development, the international youth-led development agency.

Born in Zambia, educated in Scotland, and a member of the Institute of Chartered Accountants of Scotland, Sir David now lives in Essex. He is a golfer and Chairman of London Scottish Rugby Club.