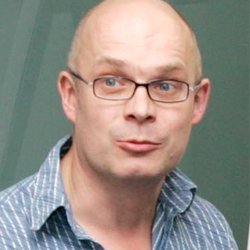 Jack Milner is one of the most versatile and prolific creators on the London comedy scene. For many years, he has pursued simultaneous careers as a director, writer, comedy actor, facilitator and producer in theatre, television, film and radio. He has participated in over one hundred productions, both on stage and behind the scenes, with notable success in all fields.

Milner ran comedy workshops for The National Theatre, Channel 4 and ITV amongst many others. He has run over 1,200 comedy and stand up workshops and seen an assortment of over 15,000 comedians, wannabe comedians and even don’t wannabe comedians. In Malcolm Gladwell terms, he has done his 10,000 hours.

While he was running these workshops, Milner was occasionally approached by businesses to request a version of his stand up workshop for their company. They saw the business value of the stand up approach to presenting, and at this point he realised he had a business.

Milner received much positive feedback which suggested his style achieved far greater levels of success than standard presentations skills training. The stand up approach was actually much closer to business presentations than the typical theatre background of most presentation trainers. Presentations, unlike theatre acting, are about talking to an audience, turning them into a group of friends, and telling them your story.

Since then he has run workshops for a huge range of businesses including: Citigroup, AIG, Pru Health, Lloyds, Pfizer, Innocent, Innovia and Starcom Mediavest 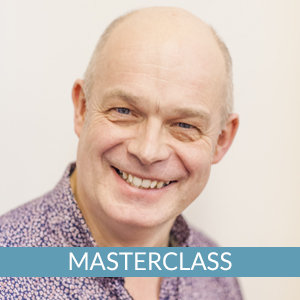 Jack Milner
Presentation coach, and among the most versatile and prolific creators on the London comedy scene