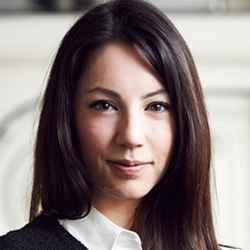 Jackie Fast is the Founder of Slingshot Sponsorship – an innovative strategic sponsorship sales agency based in Central London with offices worldwide. Jackie Fast started Slingshot from her home in 2010, growing the company to provide services for major brands. The company was recently nominated for 4 ESA Excellence Awards 2017 including Agency of the Year because of its innovative approach to sponsorship collaboration.

Launched with the belief that sponsorship has evolved and now has the ability to truly transform businesses, Slingshot has successfully taken their strategic commercial framework and applied it to the world’s leading brands who want to take their investment beyond eyeballs and awareness. Recognising that the shift in marketing and impact of the recession has created an opportunity for brands and rights holders to capitalise, Jackie has gone against convention and developed a bespoke commercialisation framework for the sponsorship industry that supports how to successfully deliver results in today’s changing landscape.

With innovation residing at the forefront of everything Slingshot does, this has led to the development of a sponsorship module with Soho House Group and General Assembly – known for their network of innovative entrepreneurs. In addition, Jackie is a regular keynote speaker within Europe and has spoken at global marketing conventions in Austrasia, the Middle East, and throughout North America. Jackie is also a Non-Executive Board Director of the European Sponsorship Association, one of the youngest Board Directors in the association’s history. Her primary responsibility on the board is Chairman of the ESA Excellence Awards Committee.

In year 2017, Slingshot was purchased by global marketing agency The Marketing Group Plc. In her first business book “PINPOINT” she shares about innovation and collaboration in selling corporate sponsorship.