Jon Duschinsky is one of the world's leading thinkers and speakers on engagement, leadership and the future of business.

As the CEO of The Conversation Farm, Duschinsky leads a global team of creative talent that brings fresh ideas designed to change the way people talk about issues, causes and brands. To be profitable today, companies need to create an emotional connection with their consumer body. Consumers are savvier, more interlinked and more powerful than ever before. You can have the best products in the world, but if you haven’t created a conversation around your brand, such that people trust you, they will not buy into what you are selling them.
Duschinsky is a global leader in marrying social profit with financial profit. From an early age, he recognised that people are the most powerful force for driving change in this world. That recognition gave rise to a career dedicated to harnessing that power to activate causes around the world.

Duschinsky and his team have assisted the White House to find new ways to help Americans think differently about gun control, changed the global conversation around Alzheimer's disease, and ALS (ALS ice bucket challenge that raised over 30 million USD for ALS research). He has worked with diverse organisations including Unilever, Coty, Nascar, the NFL, the International Red Cross, Amnesty International, the United Nations Development Program, Planet Finance and Children First.

Duschinsky was voted the world's second most influential communicator in social innovation, being beaten only by Bill Clinton (2013). He has shared speaking podiums with Mikhail Gorbachev, Kofi Annan, Steve Wozniak, and many other global leaders and influencers, and his message has received global recognition.

Duschinsky recently founded Oreka Solutions, an incubator for new sustainable technologies that can effect transformational change. He is also the co-founder of AgriProtein North America, a groundbreaking technology company that is turning waste into food and helping start a "protein revolution". He is the author of two books, “Philanthropy in a Flat World” (2008) and “(me)volution” (2012). 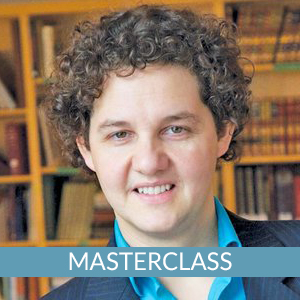