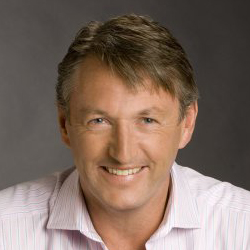 Kevin Gaskell has led three of the world’s iconic brands to new levels of success and managed successful turnarounds of failing international companies.
At the age of 32 he was appointed Managing Director of Porsche Cars (GB). Inheriting a business, which was close to, bankruptcy Kevin built a world class team to focus the business back to its engineering heritage. In the space of 5 years Porsche was transformed from a struggling business into the UK’s most profitable car company.

In 1997 he joined BMW (GB) as Managing Director where he formed a team who challenged themselves to challenge the business. Driving a shift to a more agile, creative and entrepreneurial culture the team achieved 4 years of record growth with sales improving by 70% and profitability increasing by 500%.

In 2000 Kevin was appointed European CEO of CarsDirect.com. A few months later the parent company retrenched to the USA. The European team used the opportunity to raise new funding and create epyx, a business which, within 5 years, became the UK’s leading provider of e-commerce solutions to the automotive fleet sector. On exit, 9 years after incorporation, the original investors were paid a return of 200 times their initial funding.

In 2001 Kevin was appointed CEO of EurotaxGlass's AG based in Switzerland. The company was the leading European supplier of automotive information across 30 countries. Kevin led the transformation of the company from a print based product company to an online data and intelligence provider increasing operating profit by 300%. In 2007 the business was sold for approx. EUR500 million. He left EurotaxGlass's in 2010.

Kevin is actively involved in a number of companies, with the following positions: