Khoo Swee Chiow climbed Mt Everest in 1998. In 1999, he skied to the South Pole, covering a distance of 1,125km in 57 days. In 2000, he completed the Seven Summits and became the 1st South East Asian to achieve this feat. The Seven Summits are the highest mountains on each of the seven continents in the world. In 2001, he climbed Shishapangma (8027 meters) in Tibet without oxygen aid.

Having worked for Singapore Airlines in the IT division for 6 years, Swee Chiow quit his job in January 2001 to attempt skiing to the North Pole. But he had to abort the mission after 9 days due to some frostbite injuries. Not one to give up easily, he made a 2nd attempt the following year. After 45 days, he reached the North Pole. He is now the 1st South East Asian and the 4th person in the world to complete The Adventure Grand Slam, that is, the South Pole, the North Pole and the Seven Summits.

Upon his return from the North Pole in May 2002, he was awarded the Singapore Youth Award in Sports and Adventure for the second time. In September 2003, Swee Chiow cycled 8,066km in 73 days from Singapore to reach Beijing. This is a feat that demonstrates his zeal to continuous learning and pushing himself to the limit.

Besides planning, organizing and training for expeditions, Swee Chiow gives motivational talks to a wide range of audience from schools to government agencies, corporations and non-profit organizations. He also helped to raise funds for intellectually disabled children, Action for Aids and other charities.

In August 2003, he published his first book titled Journeys to the Ends of the Earth. On 30 Nov 2003, his first baby boy is born. As a father, he will teach his son to be as determined and courageous as his dad. In May 2004, he returned to Everest, this time, attempting it without oxygen. He turned back 450 meters from the summit due to sheer exhaustion. He has been called Singapore's very first professional adventurer. However, he is happier to simply let people know that he is merely pursuing his passion. One of his powerful messages is "If I can climb Mt Everest, so can you." 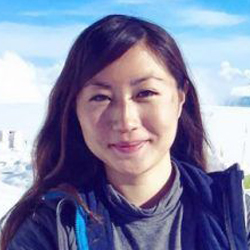