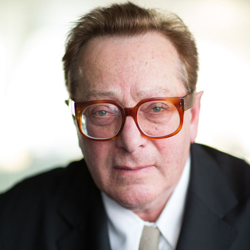 Maurice Saatchi (Lord Saatchi) was Co-founder of Saatchi & Saatchi Advertising and is now a Partner in M&C Saatchi. Under his stewardship Saatchi & Saatchi became the world's biggest advertising agency. It became indelibly linked with the excesses of the 1980s boom and launched an audacious bid to take over one of Britain's biggest banks, the Midland. A shareholder revolt brought a swift end to his role at the firm in 1994. But it was not the end of the brothers' advertising careers and their new agency, M&C Saatchi, was set up soon afterwards. The success of both companies has seen the brothers firmly establish themselves among the most colourful characters in the advertising world.

Lord Saatchi was elevated to the peerage in 1996. He persistently campaigned for the simplification of the tax system. Two years ago he argued that eight million of Britain's poorest people should stop paying income tax altogether.

In November last year he was made Co-Chairman of the Conservative Party. His status in the Tory Party was assured by his role in helping Margaret Thatcher towards her historic 1979 election victory. He is credited with the famous "Labour isn't working" posters of that campaign and 1997's "New Labour, New Danger".

He is a Governor of the London School of Economics and a Director of the Centre for Policy Studies. His publications include The War of Independence, 1999; Happiness Can't Buy Money, 1999; The Bad Samaritan, 2000; Poor People! Stop Paying Tax!, 2001; The Science of Politics, 2001.