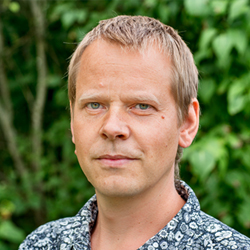 Ola Rosling is a statistician and President of the Gapminder Foundation which he founded together with his father Hans Rosling and his wife Anna Rosling Rönnlund. The Foundation focuses on changing global quality of life.

From 1999 Rosling lead the development of the Trendalyzer software, which was acquired by Google in 2007 where he and his wife turned it into the Google Motion Chart. As Product Manager for Google Public Data, Rosling then democratised access to Public Statistics by integrating official statistical sources into Google Search results by introducing DSPL; Data Set Publishing Language.

Rosling then went back to Gapminder to develop free teaching materials. He initiated the Ignorance Project in 2013, to measure the widespread lack of knowledge of basic global facts.