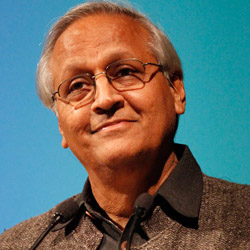 For Prof Sanjit 'Bunker' Roy his “real” education started when he dug open wells for drinking water as an unskilled labourer for 5 years (1967-1971). A Doon School and St. Stephens College Delhi University alumnus, Bunker was the Indian National Squash Champion in 1965, 1967 and 1971.

It was after he was exposed to the most extraordinary knowledge and skills that the rural poor have that he established the only fully solar electrified Barefoot College in the deserts of Rajasthan in India 40 years ago. It is the only College in India built by the poor and managed by the rural poor who earn less than $ 1/day. It is also perhaps the only college in India that respects and practices the work style and life style of Mahatma Gandhi. Prof Roy is a great believer in Mark Twain who said, “Never Let School Interfere with your Education.”

In the 20 years, Barefoot approach has been implemented in over 30 of the Least Developed Countries. Barefoot College has been recognized globally and been felicitated with many awards. Prof. Roy was identified as one of the 50 environmentalists who could save the planet by The Guardian in 2008 and as one of the 100 most influential people in the world by Time magazine in 2010. 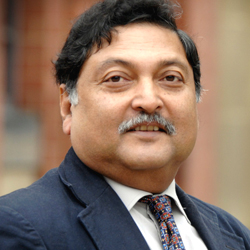