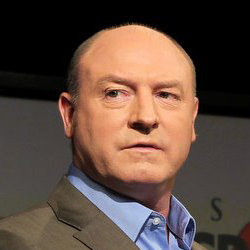 Steve McMahon was Kenny Dalglish's first signing as Liverpool manager in September 1985 and went on to win three league titles and two FA Cups with the Reds. All in all, combative midelder McMahon played 277 games for the Reds, scoring 50 times. Bob Paisley perhaps encapsulated Steve's dynamism in a red shirt best when he said: "When Steve McMahon plays well, I always think that Liverpool will play well."

Steve began his playing days with boyhood club Everton, for whom he had been a ball boy in his early years. Liverpool's interest was alerted as Steve rose through the ranks to wear the armband at Goodison Park, making 100 league appearances and scoring 11 goals on the way. Out of respect to the Blues, McMahon rejected an immediate switch to Liverpool, instead opting to join Aston Villa for £175,000 in May 1983. Two seasons at Villa Park brought scant reward and with his team finishing 10th in both campaigns, he decided he had waited long enough for success. McMahon came to Aneld a month into Liverpool's double winning season of 1985-86 with Dalglish paying £350,000 for his services in September 1985. His first goal was both quick and appropriate - hitting the back of the net in a 3-2
Goodison derby victory just two weeks after signing for the Reds.

In his first season, Steve competed with Kevin McDonald to ll the central mideld void created by the departure of Graeme Souness. While he only played 23 games that campaign - and was benched for the all-Merseyside cup final - he was to cement his first team place the following year and claim the No.11 shirt as his own. Steve scored four goals in Liverpool's record 10-0 rout against Fulham in the 1986-87 League Cup run but could help his side overcome Arsenal in the final. This defeat seemingly inspired the team to greater things as the Reds romped to a 17th league title the following season. McMahon's tough tackling and impressive passing range offered the perfect foil for Liverpool's new-look attacking trio of Barnes, Beardsley and Aldridge. Not to be outdone, Steve weighed in with his fair share of
spectacular moments including a scorching 30-yard goal against Man United.

In 1989, Steve helped Liverpool collect an FA Cup at the expense of Everton, setting up Aldridge for the opening goal of the 3-2 win after just four minutes. Another league followed in 1990 and McMahon finally got the international recognition he had long deserved, taking his place in Bobby Robson's England squad for the World Cup in Italy. An injury-plagued 1990-91 season was the beginning of the end for Steve's time at Liverpool. After playing 15 games under Graeme Souness the following campaign, he was sold to Man City for £900,000 on Christmas Eve 1991. McMahon made 87 league appearances for City before heading to Swindon Town to take charge as player-manager, where he was to win the old Second Division title in 1996. His career in the dugout then took him to Perth Glory in Australia via a successful stint with Blackpool, gaining promotion to the Second Division through the playos and
winning two LDV Vans trophies. Steve now works as a Premier League pundit for Asia-based ESPN Star Sports and his brother, John, took charge of Liverpool's Reserve team in the summer of 2009.