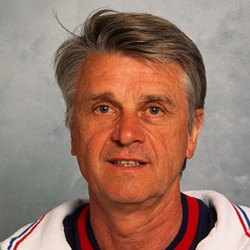 Aimé Jacquet was born in Sail-sous-Couzan, Loire. He began his career as an amateur player for his local club, US Couzan, while working in a factory. Scouted by Saint-Étienne, he joined Les Verts in 1959 and signed his first professional contract in 1961. One of the most successful soccer clubs of the time, Saint-Étienne, won an impressive 5 league titles and 3 French Cups in his 11 years with the club. He also played for the national side, but his international career failed to take off because Les Bleus performed poorly during his years on the team. In 1973, he left Saint-Étienne for bitter regional rivals Olympique Lyonnais , where he ended his career as a player.

Jacquet worked as a manager for clubs around France and gained an impressive list of accolades for Bordeaux during the 1980s, leading them to 3 league titles, 2 French Cups, 2 European semi-finals and 1 quarter-final. Dismissed by President Claude Bez, he left Bordeaux to hone his managerial skills with more modest teams like Montpellier and Nancy.

In 1991, he accepted a position with the National Technical Training Centre (Direction Technique Nationale).

In 1992, he was appointed the assistant to then national team manager Gérard Houllier.

After the French national team was knocked out of the running for the 1994 FIFA World Cup by Israel and Bulgaria, Aimé Jacquet was made the manager of the national team, but only provisionally. After a promising series of friendly matches (notably a victory over Italy in Naples in February 1994), his provisional status was upgraded to permanent.

Jacquet initially selected Eric Cantona as captain and made him the team's playmaker. Cantona had successfully restarted his career in the FA Premier League and was playing some of the best football of his career, but he kicked a Crystal Palace fan in January 1995, which earned him a year-long suspension from all international matches.

As Cantona was the key playmaker, Jacquet was forced to make major changes to the team in the wake of his suspension. Jacquet revamped the squad with some new blood and built it around Zinedine Zidane, while dropping Cantona, Jean-Pierre Papin, and David Ginola. Jacquet's choice of players for the tournament caused some fans to grit their teeth but he succeeded in helping France qualify for the Euro 96.

Making it all the way to the semi-finals, Les Bleus managed to show they could survive without veterans such as Jean-Pierre Papin, Eric Cantona, or David Ginola. Jacquet himself stated that the team had done well without Cantona, and that he wanted to keep faith with the players who had taken them so far. The team's good showing in Euro 96 meant that Jacquet stayed in the media's good graces, for the time-being.

In the months that followed the Euro 96, Jacquet honed his team's skills in a series of friendly matches. He adopted a very defensive strategy and made fans anxious because his team never seemed to develop a definitive offensive tactic. The press began to attack the team manager, calling his methods "paleolithic" and claiming that the team had no hope for the World Cup. Jacquet, taciturn by nature, never sunk to the baiting, preferring to concentrate on helping his team rather than playing the media game.

In June 1997 at Le Tournoi, cries of "Resign!" could be heard from the stadium as the French team finished behind under Brazil, England and Italy. The press continued to label Jacquet incompetent.

The media's distrust of Jacquet reached fever pitch in May 1998 when, instead of a list of 22 players meant to play in the World Cup, Jacquet gave a list of 28 players, causing the sports daily L'Équipe to write an editorial arguing that Jacquet was not the right man to lead the French team to victory.

However, all that would change when the team began to play in the qualifying rounds for the 1998 FIFA World Cup. It was clear that though Jacquet's team was far from being the most flamboyant in French history, it was a perfectly well-oiled machine that neither injury, nor expulsions, nor suspensions, managed to stop. On July 12, 1998, France soundly beat Brazil 3-0 in the World Cup Final. Key to the victory was when Jacquet pointed out to his players that Brazilian marking at set-pieces was somewhat suspect, and Zidane headed two goals in from corner kicks.

The evening of the victory, Jacquet announced that he was leaving his position as manager of the French first team. He instead became technical director of French football, a position which he held until his resignation in 2006. The position is currently held by Jean-Pierre Morlans, who will be replaced by Gerard Houllier.

Jacquet was made Chevalier (Knight) of the Légion d'honneur in 1998, and was promoted to Officier (Officer) in 2007