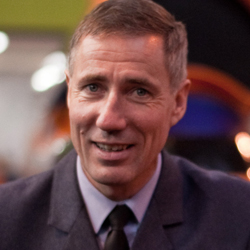 Wing Commander Andy Green is a Royal Air Force fighter pilot and holder of the World Land Speed Record.  He is 'The Fastest Man on Earth', and will attempt to break the record again in Bloodhound.

Driving Richard Noble's Thrust SSC (Supersonic Car) in 1997, Andy Green set the world's first and only supersonic land speed record at an astonishing 763 mph, driving literally faster than a speeding bullet. To hear of the huge technological, practical and personal challenges that he and the team had to overcome in pursuit of the ultimate Land Speed Record is to share in a story that you will not quickly forget.

After setting the outright Land Speed Record in 1997, he went on to drive the JCB DIESELMAX car in 2006. He and the team overcame some very different but equally challenging problems to smash the diesel record, setting the new mark at a remarkable 350 mph for the world's fastest diesel car. Andy Green is now not only the only man in history to have driven supersonic, but also the only man ever to hold outright records in two such different classes of vehicle.

Not content with these records, Andy Green is now the chosen driver for the new BLOODHOUND Supersonic Car, which aims to exceed the incredible target of 1000 mph! This project, linked through a major education programme into schools across the country, aims to inspire the next generation of young engineers and scientists, while setting the most remarkable Land Speed Record of all time.

Yet despite these remarkable achievements, Andy's first love is the Royal Air Force. A veteran of combat theatres around the world, he has commanded Royal Air Force operations in both Iraq and Afghanistan. His career has included flying the F4 Phantom, Tornado F3 and (briefly) the Harrier. He is now working in the Ministry of Defense, supporting Royal Air Force activity around the globe 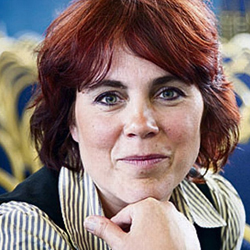