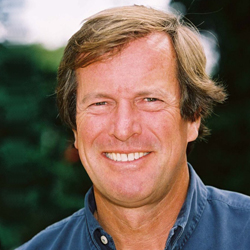 Hubert Auriol is an iconic figure in the world of sport, and a former French racing driver and director of The Paris-Dakar rally. He was the first competitor to win the Dakar in both bikes and cars.

Auriol began competing in motocross and enduro events in 1973. From 1979-1994, he took part in The Paris-Dakar rally, competing in the first nine events on a bike and the remaining seven in a car. On a bike, he won the event in 1981 and 1983, and finished second in 1984. He broke both ankles on the penultimate day of the 1987 edition, while he was in the lead.

Auriol joined the Paris-Dakar team as a race organiser (1994-2004) and became race director of the event, winning three times.

Beyond his exceptional sporting achievements, Auriol is an entrepreneur. He has a strong instinct, and his human values have guided his career as a professional athlete. Now Auriol invites audiences to share his experience of both success and failure that led him to the top of his sport. He shares his expertise as a leader, his thoughts and distinctions, and his visions of measured risk-taking against the culture of failure. He seeks to engage with his audiences supporting their aspirations, elevating their abilities in project design and problem solving.