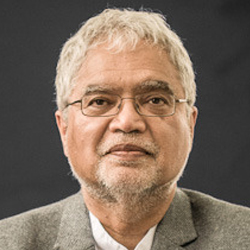 Kapila has extensive experience in the policy and practice of international development, humanitarian affairs, human rights and diplomacy, with particular expertise in tackling crimes against humanity, disaster and conflict management, and in global public health. His memoir Against a Tide of Evil was nominated for the Best Nonfiction Book of that year.

Previously, he was Under Secretary General at the International Federation of Red Cross and Red Crescent Societies, the world’s largest humanitarian and development network. Earlier, he worked at UN in various roles as Special Adviser to the UN High Commissioner for Human Rights in Geneva and then Special Adviser at the UN Mission in Afghanistan.

Subsequently, he led the UN’s largest country mission at the time as the UN Resident and Humanitarian Coordinator for the Sudan, and then became a Director at the World Health Organisation.

Prior to the UN, Kapila was at the UK Foreign and Commonwealth Office’s Overseas Development Administration (subsequently Department for International Development), initially as senior health and population adviser and latterly as the first head of a new Conflict and Humanitarian Affairs Department that he set up.

He began his career in clinical medicine, primary health care, and public health in the British National Health Service, where he helped set up the UK’s first national HIV and AIDS programme at the Health Education Authority, becoming its deputy director.