Inspirational nominee of the ‘Young Australian of the Year’ Award

Imagine being born without arms. No arms to wrap around someone, no hands to experience touch, or to hold another hand with. Or what about being born without legs? Having no ability to dance, walk, run, or even stand on two feet. Now put both of those scenarios together: no arms and no legs. What would you do? How would that effect your everyday life?

Meet Nick Vujicic... Born in 1982 in Melbourne, Australia, without any medical explanation or warning, Nicholas Vujicic (pronounced Voy-achich) came into the world with neither arms or legs. Having had an uneventful pregnancy and no family history to expect this condition, imagine the shock his parents felt when they saw their first born, brand new baby boy, only to find he was what the world would consider imperfect and abnormal. A limbless son was not what nurse Dushka Vujicic, and her husband Pastor Borris Vujicic had been expecting. How would their son live a normal happy life? What could he ever do or become when living with what the world would see as such a massive disability? Little did they or anyone know that this beautiful limbless baby
would one day be someone who would inspire and motivate people from all walks of life, touching lives all over the world.

Throughout his childhood Nick dealt not only with the typical challenges of school and adolescence such as bullying and self-esteem issues; he also struggled with depression and loneliness as he questioned why he was different to all the other kids surrounding him; why he was the one born without arms and legs. He wondered what was the purpose behind his life, or if he even had a purpose. After a lot of frustration and feeling like the odd one out in school, at seven years of age Nick tried out some specially designed electronic arms and hands, in hope that he would be more like the other kids. During the short trial period of the electronic arms, Nick realized that even with them, he was still unlike his peers at school, and they turned out to be much too heavy for Nick to operate, effecting his general mobility quite significantly.

As Nick grew up he learnt to deal with his disability and started to be able to do more and more things on his own. He adapted to his situation and found ways to accomplish tasks that most people could only do by using their limbs, such as cleaning teeth, brushing hair, typing on a computer, swimming, playing sports, and much more. As time went by Nick began to embrace his situation and achieve greater things. In grade seven Nick was elected captain of his school and worked with the student council there on various fund-raising events for local charities and disability campaigns.

According to Nick the victory over his struggles throughout his journey, as well as the strength and passion he has for life can be credited to his faith, his family, his friends and the many people he's encountered during his life who have encouraged him along the way. After school Nick went on with further study and obtained a double bachelor degree majoring in accounting and financial planning. By the age of 19 Nick started to fulfil his dream of being able to encourage other people and bring them hope, through motivational speaking and telling his story. "I found the purpose of my existence, and also the purpose of my circumstance. There's a purpose for why you're in the fire." Nick wholeheartedly believes that there is a purpose in each of the struggles we encounter in our lives and that our attitude towards those struggles that can be the single most effective factor in overcoming them.

In 2005 Nick was nominated for the "Young Australian of the Year" Award which is a large honor in Australia, recognizing a young person for their excellence and service to their local community and the nation, as well as their own personal accomplishments. Nominations for this award are only given to truly inspirational people.

Today, this limbless young man has accomplished more than most people accomplish in a lifetime. Nick made the massive move from Brisbane, Australia to California, USA in 2007, where he is the President and CEO of a non-profit organization, Life Without Limbs. Since his first speaking engagement back when he was 19, Nick has travelled around the world, sharing his story with millions of people, speaking to a range of different groups such as students, teachers, youth, businessmen and women, entrepreneurs, and church congregations of all sizes. He has also told his story and been interviewed on various televised programs worldwide. “If God can use a man without arms and legs to be His hands and feet, then He will certainly use any willing heart!”

"People say to me, 'How can you smile?' Then they realize there's got to be something more to life than meets the eye if a guy without arms and legs is living a fuller life than I am."

How does Nick Vujicic feel about his disability now He accepts it, embraces it and oftentimes pokes fun at his own circumstance as he shows off his many tricks. He meets challenges with his special blend of humour, perseverance and faith always encouraging those around him to examine their perspective as they develop and define their vision. Using those new definitions he challenges each person he meets to make changes in their lives so that they can begin the path to fulfilling their biggest dreams. Through his amazing ability to connect with people from all walks of life and his incredible sense of humour that captivates children, teens and adults alike, Nick is a truly inspirational motivational speaker. 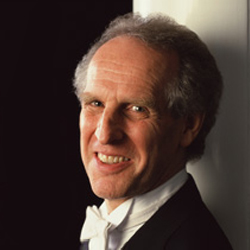