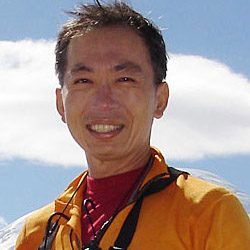 David Lim is best known in Singapore for leading the 1st Singapore Mt Everest Expedition in 1998 (as well as the second in 2001) which succeeded in placing two members on the summit. The climb captured the imagination of the entire country and helped reset the parameters of what could be achieved by the small, flat, tropical island nation.

A week after his return from Everest, he was totally paralysed by the rare nerve disorder Guillain-Barre Syndrome. Artificially ventilated for 42 days, he spent six months in hospital before returning home. Though he was permanently disabled in both legs, he made a dramatic comeback to climbing the world’s great mountains, and returned once more to Everest in 2001.

Since then he has led more than 70 expeditions, including the first all-Singapore ascent of Argentina’s Aconcagua (6962m), and the world’s third solo of Ojos del Salado, the highest volcano in the world (6893m). In 2005, he led the first Southeast Asian team to climb virgin peaks in the Tien Shan mountain range on the Kazakh-Kyrgyz border.

David was in management at a publishing house for nearly a decade until 1998. David now leads Everest Motivation Team Pte Ltd, an organisation that delivers programmes designed to bring out the best in teams through a combination of coaching, cognitive behaviour profiling, and experiential learning. David and his team have delivered programmes and presentations in 13 countries and 23 cities worldwide. Popular keynotes include topics on the challenge of managing change, overcoming obstacles and excellence in execution.

David was educated in Singapore and Britain; and graduated with a law degree from Cambridge University. In the corporate world, he spent nearly a decade in the media industry with positions in marketing, journalism management and multimedia.

He has authored two books, Mountain to Climb: The Quest for Everest and Beyond and Against Giants: The Life and Climbs of a Disabled Mountaineer, both published by Epigram Books. His third book, How Leaders Lead: 71 Lessons in Leading Yourself & Others is self-published. He is an accredited trainer in many human-change tools and a certified Meta-Coach. 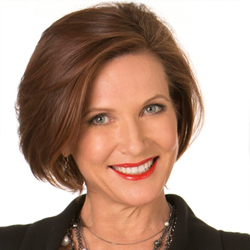